Life has vastly improved from 50 years ago. We no longer have long spiral cords for telephones making us stationary and payphones are a thing of the 90’s. For example, 50 years ago would be 1969. In that year, there was the landing on the moon, the first aired episode of Scooby-Doo and Led Zeppelin’s American album released. Life has changed dramatically since then. Now, we have faster computers, tablets, cellular phones, better modes of transportation, drones and more. We can have food delivered by an Uber while streaming a hot new movie release on Vudu.

With these advances in life and technology, why is our communities of teenagers feeling more anxious and depressed than those of an older generation? One theory is that parents now are much more fearful of the outside world compared to those of older generations. Parents now, give their children screen-time to combat the outside forces of sunburns, allergies, neighborhood violence and predators. Dangers like school shootings can make any teen anxious with the threat of what might happen looming over their heads as they learn. It does not help that there is more political opposition on either side now than there was years ago. With violence being reported by the news 24/7 and access to anything at the tips of our fingers, society have driven into this current generation that there is no where to turn to, no one to trust and the government cannot keep you safe.

Academics have changed from the roll in tv carts and Bill Nye the Science Guy to now, iPads with interactive volcanic explanations or something similar. Teachers are now being forced to produce expounding results with the latest and greatest technology, and transform children and teens into super beings with a well-rounded brain. For example, kindergartners are now learning at a first or second grade level before the end of the year. College students have different pressures of studying, but mainly being able to afford such a luxury as a University.

There are many reasons as to why this generation might be feeling more anxious or stress. With the advances in technology comes the hype and demand for knowledge in those areas. It is vital to remind children, and teens that it is all right to feel they way they do, but to also give them the correct tools to manage, and articulate their feelings.

Inner Circle Billing’s staff has excessive knowledge in the Mental Health field to give facilities the information needed so the facility can successfully treat the patient. 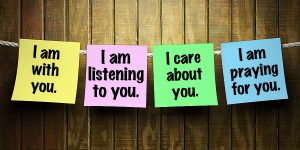