As a company that specializes in behavioral health billing for facilities, Inner Circle Billing and its team stay informed on all the latest trends regarding substances. This latest discovery concerning marijuana is shocking.

Now that marijuana is legal in most states, there has been an increase of all things leafy. Between CBD oil for people and animals, and THC oil for vape pens, it seems that all things Mary Jane are now readily available to age-legal citizens. However, there is a dark side to this plant that has been recently uncovered. 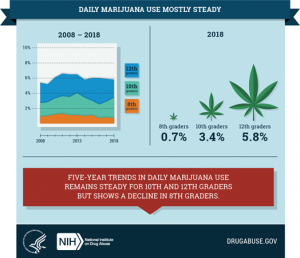 Earlier this year, fentanyl was laced into a batch of marijuana. It has been making rounds all over the east and central states. This summer, three people were revived with Narcan from smoking what they believed was the leafy green and instead it was laced with the deadly drug fentanyl. All three people survived.

On October 22, in Utah, police discovered the contaminated batch that was not only laced with fentanyl but also heroine, meth and other substances as well. While previously contaminated marijuana was found in Ohio and Canada, it is making its way further into the U.S. Upon discovering the substances, a warning was released to the public. 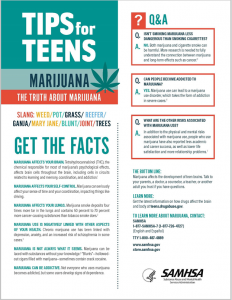 While there are positive and negative issues regarding marijuana, there is still a significant rise in the amount of teenagers smoking. Whether it is through a vape pen, bong or joint, children are subjected to this trend. Often times, marijuana is associated as a gateway drug to harder and more harmful, life threatening substances. However a person feels about the plant, education and control of this substance is key.

We urge everyone to err on the side of caution and be safe. Inner Circle Billing wishes you all a very safe and week.