Cannabis became legal in California in 2016, being the first state to legalize the medicinal plant. However, it came with job-related repercussions.

With more wide spread acceptance of cannabis, new state legislation is being discussed for state government employees and those who aren’t. Last year alone, over 800 applicants for a state prison guard position were denied for failing a drug test due to the consumption of marijuana. The drug in marijuana – THC – can stay in a person’s system for up to 30 days.

Marijuana is still illegal federally as the government describes they are a drug-free work zone with safety-sensitive related jobs as in – police officers, heavy equipment drivers, and airline pilots, etc. 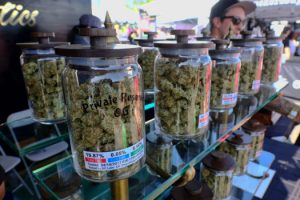 Those who are for legislation passing for marijuana use not jeopardizing employment say 16 other states including Arizona and Illinois have already passed laws to protect those in the workplace from being terminated from recreational or medical marijuana consumption; further stating it is unfair to discriminate qualified persons from employment for these off the job choices.

And to all those opposed to legislation, declare those operating for public safety – prison guards, truck drivers, officers, pilots, etc – need to be unimpaired, alert, and vigilant for the job hired knowing it’s a drug-free working position. Those who tested positive for cannabis consumption had an increase of 55% of work-related accidents, 85% more injuries, and a 75% increase of absenteeism compared to those who did not consume. (statistics provided by this website)

Whatever the reason for using marijuana, whether recreational or medicinal, using proper care while consuming.